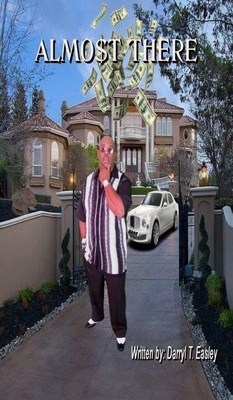 Almost There Almost there is a compelling true story of a young Rap Artist who went from Rapper & Producer to Record Company Executive. Ease takes you on a ride throughout his twenty-year career as an Artist trying to break into the music industry. While on the road to achieving his dreams of success, Ease not only faces betrayal by trusted friends and record executives but faces a test of his own courage in the near-death experience in the mean streets of Cali.

This heartfelt autobiography shares Ease’s accomplishments as well as his downfalls, including the mistakes he made that may have cost him millions.

Intriguing and suspenseful, Ease gives u blow-by-blow details on his run-ins with the Feds and Drug Enforcement Agency investigating his label as a drug operation and front for money laundering. His brief encounters with music industry heavyweights, LA & Babyface, Russell Simmons, M.C. Hammer, Ice-T, N.W.A., and the late great Roger Troutman and Notorious B.I.G. Ease also shares his thoughts on the industry as a whole, and its design to keep Artists in debt. And last but not least, Ease shares his struggle and frustrations of growing up in Dayton, Ohio once known as the Funk Capital of the world, to having no outlets to the modern-day music scene.